Seems even the thought of Donald Trump returning to the White House has the leftists running scared. This article from The Washington Examiner, was published on Monday, May 16th, headlined, “Fauci ‘for sure’ to step down in White House role if Trump reelected.” Dr. Anthony Fauci said he would not continue in his role of White House chief medical adviser if former President Donald Trump were to return for a second presidential term. CNN’s Jim Acosta asked Fauci Sunday night if he would stay on under another Trump administration. “Uh, well, no,” Fauci replied with a chuckle. Acosta also asked the National […]

It seems since Disney has lost so many viewers, and Christian families refusing to go to Disneyland, Mickey and Minnie have nobody to play with, but themselves. Breitbart News published this headline, “Disney-ABC Drama Paints Parent of Trans Teen as Racist, Teacher as ‘Hero’ Who ‘Gets It’‘ “, on Saturday, May 14th. A recent episode of the ABC drama A Million Little Things featured a parent reticent to allow his child to indulge in transgenderism being portrayed as a bigot while a teacher who supports the student’s transition is treated as a hero. Disney owns ABC. The episode airs as Disney continues […]

It’s time to get your children out of public school systems. According to this headline, “Missouri Votes Against Parental Rights In Schools“, from go2tutors.com, published on Tuesday, May 10th, you have no parental rights as to what your children are taught. Missouri House representatives voted down a measure that would have added a constitutional amendment regarding parental rights. This move would have regulated the state’s public education system, restricting how teachers educate students on controversial topics like race and racial issues. It was voted down by a republican-led house, shocking many Missouri parents. The constitutional amendment was proposed to combat […]

Now fetus is a bad word? Apparently to the New York Times, with this headline that was published on Monday, May 9th., “New York Times Apologizes After Wordle of the Day Is ‘Fetus‘. Emotions are running high around the word “fetus” after last week’s news about the possible end to Roe V. Wade and women’s right to safe abortion. F-E-T-U-S is also a five-letter word, so some people were more than a little surprised when it ended up as one of the answers to Monday’s Wordle. The realization of the more-than-timely puzzle answer led to a midnight panic as the New […]

This headline, “Body of Angolan Migrant Child Found on Mexican Bank of Texas Border River“, from Breitbart News, published on Saturday May 7th., is nothing more than a ploy to tug on your heartstrings. Mexican authorities found the body of an Angolan migrant child who went missing on May 2 during an illegal border crossing near the Del Rio International Bridge. The young boy disappeared after being swept away along with his brother. The parents survived the crossing. Del Rio Station Border Patrol agents encountered an Angolan couple who illegally crossed the border from Mexico into Texas. The husband and wife […]

This article from The Federalist, was published on Monday May 4th, and shows the hypocrisy of the left with this headline, “After Insane Ivermectin Freakout, Left Pushes Actual Horse Meds For DIY Chemical Abortions“. After leftists and the corporate media freaked out about people using ivermectin, which they reduced to a “horse dewormer,” as a potential Covid-19 treatment, those same people are advising women to get horse drugs from veterinarians to facilitate do-it-yourself chemical abortions as the United States Supreme Court moves to overturn Roe v. Wade. “With the Supreme Court poised to overturn the constitutional right to abortion, an anarchist collective […]

The lies that these homosexuals won’t tell! “‘An utter lie’: Rachel Levine slammed for saying ALL pediatricians agree on ‘gender-affirming care’”, was a headline published on Monday, May 2nd, by news outlet meaww.com. Assistant Secretary of Health Rachel Levine is under fire for claiming that “there is no argument” about “gender-affirming care” among pediatricians and doctors who specialize in adolescents. Last year, Levine became the very first openly transgender four-star officer in America’s eight uniformed services. The 63-year-old was sworn in as an admiral in the US Public Health Service Commissioned Corps by Surgeon General Vivek Murthy, confirmed the Department of Health and […]

This is something that shouldn’t even be an issue in a Christian country, but it is. This headline from The Daily Signal, “Protecting Imprisoned Women From Men Who Say They’re Women“, was published on Friday, April 29th. A male inmate housed in a women’s facility at New York’s Rikers Island jail has been sentenced to seven years for raping a female prisoner. In an apparent plea deal, Ramel Blount, 33, who goes by Diamond Blount, pleaded guilty to attempted rape. Blount was housed in the female section of Rikers Island in February 2021, when a 33-year-old female inmate said she […]

According to this headline from The Daily Wire, posted on Tuesday, April 26th, “Liberals Bemoan Lost Twitter Followers After Musk Takeover“, it seems the liberals don’t like it when the shoe’s on the other foot.” Maybe now they know how conservatives on Twitter feel. After a final deal was announced Monday about billionaire Elon Musk buying Twitter, a slew of liberals came out to bemoan lost followers. “Just lost 2000 followers. Anyone else losing followers?” Neera Tanden, a Biden nominee who withdrew and longtime supporter of Hillary Clinton, wrote on Twitter. Gun control activist David Hogg joined in the sobfest, […]

If there is to be true equality in America, everyone needs to follow what’s written in the Constitution. In this headline, “Appeals Court Rules Against University of Central Florida in Free Speech Case: ‘Huge Victory’”, from the Christian Broadcasting Network, published, Monday, April 25th, an Appeals Court thought so too. A federal appeals court ruled Thursday that a University of Central Florida (UCF) policy targeting “discriminatory harassment” likely violates the First Amendment. A three-judge panel of the U.S. Court of Appeals for the 11th Circuit unanimously sided with Speech First, a non-profit organization committed to protecting freedom of speech on college […] 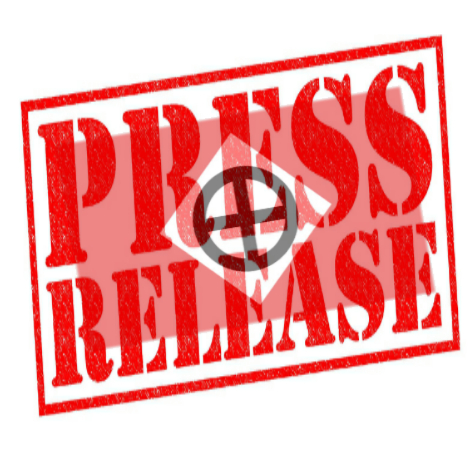